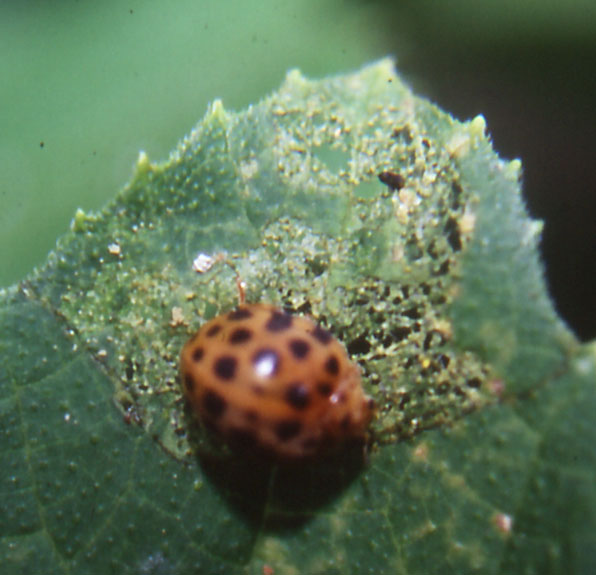 This pest confuses gardeners because it looks like a ladybeetle syn. ladybird, one of the 'good bugs' but it is definitely a pest. What gives it away is the skeletonised leaf where the pest has been feeding. If you are still not sure than count the spots. The Common Spotted Ladybird, a 'good bug' only has 18 spots. 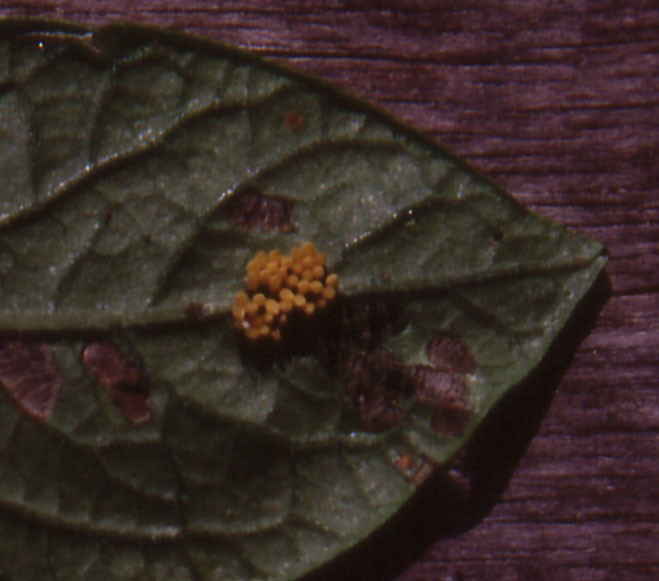 The eggs of the 28-Spotted Ladybeetle are laid under the leaves in a cluster the size of a 5 cent piece. The larvae hatch out in about a week and look like little greenish-yellow hedgehogs and can seriously damage a range of crops including cucurbits, beans, potatoes and tomatoes.